Alan Booth and Mike Clancy are musicians located in the Pittsburgh area. The combination of Alan Booth's rich vocals and Mike Clancy's jazz background makes for an exciting musical experience. Their influences range from The Wolfe Tones to John Coltrane. Booth and Clancy's set list includes traditional and modern Celtic music as well as original instrumentals combined with jigs and reels inspired by Brian Finnegan and Michael McGoldrick. 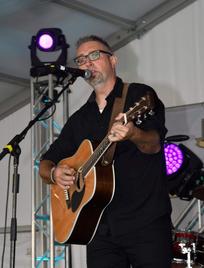 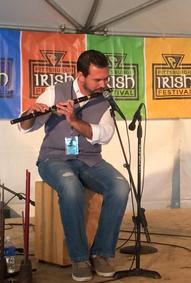 flute, Irish flute, whistles, percussion
Mike is a multi-instrumentalist who performs regularly in the Pittsburgh area as a freelance musician. He headed his own band, The Mike Clancy Quartet, for many years as well as working with Latin jazz/salsa groups such as Latin Impulse and La Moderna. Mike released his debut cd, "Illusions," in 1996 which features 9 of his original jazz compositions. Mike played alto and soprano saxophone, flute and congas on the recording "Illusions."

Over the years, Mike has shared the stage with Johnny Mathis at Heinz Hall and Al Martino at the Mountaineer. He also performed for several Broadway shows that have come to Pittsburgh such as Chicago (Heinz Hall), 42nd Street (The Benedum), and H.M.S. Pinafore (The O'Reilly Theater).

Alan has a passion for people and loves to sing and play along with new people he meets. He has volunteered singing and playing music at The Washington City Mission (Washington, PA), the Bidwell Street Highrise, the Pressley Street Highrise (both in Pittsburgh's Northside Neighborhood)...and even into the Mathare Valley slum of Nairobi, Kenya!

He is an alumnus of several Pittsburgh celtic bands.